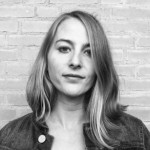 I have worked with CRM Analytics since 2015 (back then Wave). I started this blog to help make the journey to master CRM Analytics easy by documenting tips, tricks & cool solutions.