This article covers the high-level details of how and why the tree-based techniques are used in Einstein Discovery. It also provides a “harbor-tour cruise” of the statistical methods involved. However, this article is not intended to be a comprehensive tutorial on the mathematical techniques of the algorithms themselves. That task has been adequately addressed in many books, research papers, and online articles. For readers who want to delve further into the mathematics, this article provides links to related resources.

The approach we take in this article is to divide the implementation of tree-based ensemble algorithms in Einstein Discovery into three sections in order to ease the consumption of dense topics:

A decision tree consists of the following key components:

You can think of a decision tree as a representation of a mathematical function that maps a vector of values to a single output. That single output value is the “decision”. The tree reaches the decision by conducting a series of statistical tests, starting from the top of the tree (root), and following the branches until the most suitable leaf is found. The branches are labeled with values from the respective attribute, and leaf nodes actually determine which value should be returned by the mathematical function.

As a real example of a simple and fun tree, below is an image of a single decision tree that was created in RStudio with the Antarctica Penguin dataset from Kaggle. This example tree is built using a variety of physical features that have been measured on each penguin by a team of scientists. The quantitative values of these physical characteristics are used to train a tree-based ML model – with the goal of becoming adept at predicting whether any given penguin is a boy or a girl.

The tree shows you how a rudimentary decision-tree algorithm can be used to classify a penguin as a male or female based on features in the dataset, such as body mass and flipper length. In the business world, this same basic approach can be applied to numerous common classification and regression machine learning use cases for sales, service, marketing, commerce, etc.

For modern machine learning, decision tree algorithms are generally implemented as an “ensemble”. What does this mean? The algorithm creates a large group of trees and then uses mathematical techniques to make the best choices from the group. Ensemble learning does not attempt to create one high-quality model. Instead, it generates multiple, relatively low-accuracy models from many decision trees. Then, it combines the predictions from those “weak” models to create its final, more accurate model that learned from the errors of all its predecessors. This type of ensemble learning approach leads to better accuracy and model stability. Most importantly, it addresses the bias-variance tradeoff challenge that plagues many machine learning models.

The types of decision-tree algorithms that have been added to Einstein Discovery use a few optimization techniques – gradient descent, weak learners, and – most critically – boosting. The origins of “boosting” go back at least to the 1980s. One of the most influential papers was “Thoughts on Hypothesis Boosting” by Kearns. There are other types of ensemble methods, such as “bagging”, but Einstein Discovery currently focuses on boosting learning methods.

The core idea for gradient boosted tree algorithms is relatively straightforward: start with a ‘weak’ statistical learner and help it adapt to challenging data by creating a succession of models that essentially focus on difficult examples (that its predecessor had mis-classified), and try to improve it. Put another way, boosting is an algorithmic technique that creates a model that is fit on a sequence of models – with larger weighted values (penalizing) given to records that have more substantial errors in successive iterations. As the algorithm iterates further into the collection of trees, it attempts to improve on these records using gradient descent to minimize the loss. Gradient descent is a common mathematical method for optimizing neural networks and other machine learning algorithms. If you’re not familiar with Gradient Descent, this article is a helpful introduction to the concept: Gradient Descent For Machine Learning.

Gradient descent allows ensemble algorithms to improve the overall predictive power of the model and obtain higher accuracy by generating a large number of tree-based models and creating a final model that is an ensemble of the multiple, previous weaker models. This is obviously a vast over-simplification, and there is a great deal of mathematics involved to make it happen. But this explanation should suffice for our purposes here. As with all things machine learning, if you want to dive deeper, you can use Google search to find a variety of articles and papers on this topic.

In the Summer ’20 Release of Einstein Analytics, two new, tree-based, ensemble, boosting algorithms are implemented within the platform: Gradient Boost Machine and XGBoost.

Among the types of boosting algorithms available to the modern machine learning engineer, Gradient Boost Machine (GBM) is one of the most popular. In Einstein Discovery, GBM supports regression and binary classification. GBM uses an ensemble approach, with decision trees and gradient-based optimization acting as the learning mechanisms. When a model is in the process of being created, trees are added one at a time, and the previous trees are maintained. Gradient descent is then used to minimize loss (error) as more trees are added. Gradient descent is beyond the scope of this article, but it is a commonly used method in machine learning algorithms for finding optimal models. One of the early seminal papers on gradient boost can be found here: Boosting Algorithms as Gradient Descent.

As the GBM algorithm processes through a dataset, it creates a number of trees that are typically defined by the data scientist. Within the range of trees that are created, the algorithm creates a model with the best performance on the training data provided. Of course, Einstein Discovery handles this for the user behind the scenes. Similar to the GLM algorithms, the new tree-based options in Einstein Discovery use the H2O library. The details and the mathematics used in the algorithm are located here: H2O Gradient Boosting Machine.

You can understand individual decision trees by simply visualizing the tree structure as described earlier in this post. Gradient boosting models, however, are typically built with hundreds of decision trees. Therefore, they cannot be easily interpreted by inspection of the individual trees. Fortunately, Einstein Discovery uses advanced techniques to summarize and interpret gradient boosting models so that a ‘Story’ created with GBM (or XGBoost) is human-readable and interpretable. Even though there are a large number of tree models being created, Einstein Discovery still surfaces the important variables, values, and insights found within the story. This is a unique and powerful capability within Einstein Discovery!

XGBoost (“eXtreme Gradient Boosting”) is arguably the most popular of the modern boosting algorithms. It has reigned supreme with many recent machine learning challenges on the highly competitive Kaggle.com site. It has become a leading algorithm choice when the competitors are tasked with ML problems that use structured or tabular datasets on classification and regression predictive modeling problems.

Like GBM, XGBoost is an ensemble algorithm based on gradient boosting techniques, but with a few key differences. Notably, XGBoost uses a more regularized model formalization to control over-fitting, which often results in better performance. The creator of the XGBoost algorithm, Tianqi Chen, said that the algorithm name “actually refers to the engineering goal to push the limit of computations resources for boosted tree algorithms”. For those of you who want all the details, you’ll find them in the paper XGBoost: A Scalable Tree Boosting System.

Note: In an upcoming release, Random Forest will also be added to the available family of tree-based algorithms in Einstein Discovery (Safe Harbor).

How are the New Algorithms Surfaced in Einstein Discovery

When Are Tree-Based Algorithms More Useful and Effective?

Last but not least, when and why and where should you use these new algorithms? There is no clear-cut method to know ahead of time which algorithm will perform optimally, so testing and experimentation are sometimes required in order to compare model performance. Some datasets are naturally better suited to linear regression, while for others, tree-based methods yield better results. If you don’t want to try and decipher which algorithm is optimal, no worries! As mentioned earlier, Einstein Discovery handles this automatically via a “model tournament,” so you don’t need to run the comparison manually.

As we said previously, it’s difficult to always know which type of algorithm will perform better on any given dataset, but at a high level, there are several circumstances in which tree-based ensemble algorithms have unique advantages over other supervised machine learning algorithms. These scenarios include (but are not limited to):

Summer ’20 brings us another incredible collection of new capabilities and improvements in Einstein Discovery, and the new tree-based algorithms are certainly one of the most exciting! Hopefully, this brief article gave you a working understanding of – and an appreciation for – the new algorithms that have been introduced in Einstein Discovery in the Summer ’20 Release. Now go forth and create some awesome trees! 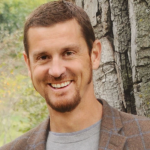 In his role as Master Data Science Specialist at Salesforce, Darvish spends most of his time helping enterprise customers understand how they can apply the power of Analytics, AI, and Machine Learning to some of their most pressing business priorities using Salesforce Einstein technologies.