You are part of a team of enthusiastic people who are keen on exploring Tableau CRM, formerly known as Einstein Analytics. This vibrant team of yours has come across the need to create a series of analytics solutions that answer key business questions.

But soon after you have started developing your analytics apps the questions on creating and managing Tableau CRM assets start to linger including:

In short, you are thinking of the lifecycle of TCRM assets. The focus of this blog series.

Who is this blog series meant for? And is relevant only for developing and managing Tableau CRM assets, or would it also answer the questions you have about developing and deploying Einstein Discovery assets? And do all your assets need to go through all the stages mentioned in this doc?

Let me start answering these questions from the top. This blog series is not curated keeping a particular role in mind, rather it is for anyone who is part of the Tableau CRM project. You could be the product owner, a developer, or could wear some other hat and this will still be relevant to you. How? Well, you will see that once you read the set. Moving on to the second question, so far Einstein Discovery isn’t fully supported by metadata API; only the Models and Predictions you create are. However, if you’re using datasets created in Tableau CRM using dataflows/recipes/external connectors/CSV, then you’ll find this blog relevant. And the answer to the third question. The answer is no. Treat this blog series as a guide, rather than a hard set of rules which must be followed.

We want you to be the final decision maker on which stages would be followed, what kind of deployment methodology would be used, where would you do your deployment and how will you proceed with your testing. This is a best practice blog that we have curated based on the collective experience of the Analytics Center of Excellence (ACE) team.

In this blog, I’ll discuss the typical lifecycle your Tableau CRM assets go through. I also know that the question of “who will own what” is lurking somewhere in your mind. In this very blog, I’ll also share typical roles and responsibilities that come with creating and managing Tableau CRM assets. So, let’s get started.

What is the Asset lifecycle?

In easiest terms, it is the lifecycle of an asset from genesis to the end. Think of it as different stages an asset goes through, from idea conception and requirement gathering until deployment to end-users and further maintenance. Below is a picture of the Tableau CRM asset lifecycle.

Let’s have a quick look into the what each stage represents:

With so many different types of testing being done, its rather natural to ask what the feedback loop/testing scenario in Tableau CRM looks like. I’ve tried to capture it in the diagram below:

With all these phases in place, it is almost impossible to not think about the ownership for each change. You will typically have these five roles within the team who work or use the Tableau CRM product with the following responsibilities:

Please note that one person can have multiple roles. We have deliberately emphasized that there is a single role of Application Builder, the reason is that good UX and efficient elegant queries to answer a question at scale require thoughtful data modeling. These activities work hand in hand and the Tableau CRM tooling is there to support them, you do not have to be a hard-core code developer in Tableau CRM to build beautiful applications. We don’t want to put unnecessary barriers and bottlenecks into the delivery based on older siloed technologies and high skill requirements, it is Salesforce easy.

So the team roles above are really those personas who interact with the Tableau CRM product directly. As with any project, there could be many other actors who have a peripheral impact on the project. For the purposes of this blog deployment and lifecycle of these other activities are not addressed here. A few examples of other roles are:

Once you know who does what, the next question to address would be “where?”. You may find yourself with questions like “Where should I develop my Tableau CRM assets?” or “As it is a click and create tool, do I still need to go through the entire process of setting up Tableau CRM specific orgs?”. Let me answer these questions by splitting the development approach into two broad categories:

In the table below, I have captured some of the behavioral aspects of developing in production vs developing in a sandbox, against a couple of, of course not limited to, criteria:

The section above shows you the good and the bad side of both approaches. And honestly, there’s no right or wrong answer to “Where to develop?“. However, what we have observed is that developing in production proves to be the right choice until it’s not.

As the number of projects increase, the development team size grows, the scope of existing projects expands, the data volume and data refresh time become bottlenecks, developing in sandbox takes the win. Then again, as there’s no right or wrong answer here, we have observed customers use a hybrid model where they define which kind of changes should be dealt with in sandbox, and which kind of changes can be done directly in production. For example, a change as simple as making a spelling correction in a text widget can be done directly in production. But the introduction of a new KPI is done in the sandbox so that it goes through proper testing before it is released to end-users. This works! But… You’d need to make sure that the changes done directly in production are also incorporated in the ongoing development or else you’ll end up overwriting production changes once the release is pushed. I understand that the changes done directly in production were not business-critical, but they may lead to a bad and erratic user experience.

In the next part of this series, I will discuss how you can manage your development and deployment when you are working in a production environment or in a sandbox. 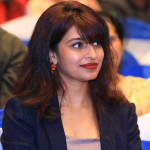